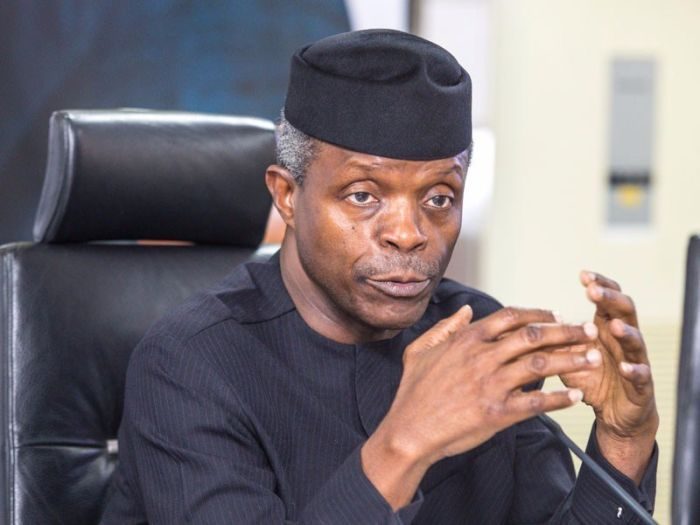 Vice President Yemi Osinbajo has stated that the Federal Administration will collaborate with the Anambra government to address the state’s security concerns.

During his visit to Anambra on Friday, Osinbajo met with Gov. Chukwuma Soludo at the Governor’s Lodge in Awka.

The vice president, who regarded Soludo as a wonderful asset to Nigeria, expressed confidence that under his leadership, Anambra will reach greater heights.

“Anambra is a major hub of industry in Nigeria, especially with regards to Small and Medium Enterprises, and is one of the States that everyone is looking up to with high expectations of significant inputs to the growth of the country’s economy.

“Security is a crucial matter, we assure that the Federal Government will cooperate with the Anambra State Government to restore law and order in the State,” Osinbajo said.

Soludo, for his part, stated that effective coordination between the state and the federal government was critical in tackling the state’s present security concerns.

While welcome the vice president to Anambra, the governor stated that effective collaboration among Nigeria’s progressives is critical for the country’s growth and development.

He praised Osinbajo, who was also the Chairman of the National Economic Council, for his efforts to nation development.

According to the News Agency of Nigeria (NAN), Osinbajo later met with All Progressives Congress stakeholders and delegates in Awka behind closed doors.