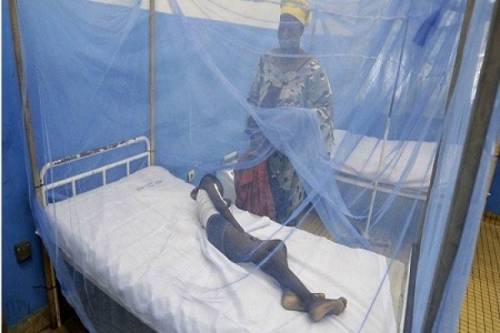 If authorized, the fund would be used to battle malaria medically in 13 states.

The Ministry of Health has proposed borrowing N82 billion ($200 million) from the Senate in order to purchase mosquito nets in 2022.

According to Mahmuda Mamman, the ministry’s Permanent Secretary, the idea is reflected in the Malaria Program, which she defended before the Senate Committee on Local and Foreign Loans on Tuesday, October 26, 2021.

The money will be used to battle malaria medically in 13 states, according to the official.

The coverage will be available at 3,536 primary health care centers across 208 local government councils.

The proposal was met with considerable opposition by the Senate Committee, which dismissed it as another another money-making scheme that would solely benefit creditors.

“Don’t we have local manufacturers of mosquitos’ nets and malaria drugs in Nigeria to patronise with the loan?” Senator Ibrahim Oloriegbe queried the officials.

To combat high P. falciparum malaria transmission, the WHO recently recommended that the RTS,S/AS01 (RTS,S) malaria vaccine be widely used.

P. falciparum is the most lethal malaria parasite in the world, and it is most common in Africa, where it kills over 260,000 children under the age of five every year, with Nigeria being one of the worst-affected countries.

The WHO’s advice is based on data from a trial program in Ghana, Kenya, and Malawi that has reached over 800,000 children and provided over 2.3 million doses since its inception in 2019.

For the reduction of malaria disease and burden, the RTS, S/AS01 malaria vaccine will be given in four doses to children starting at the age of five months.