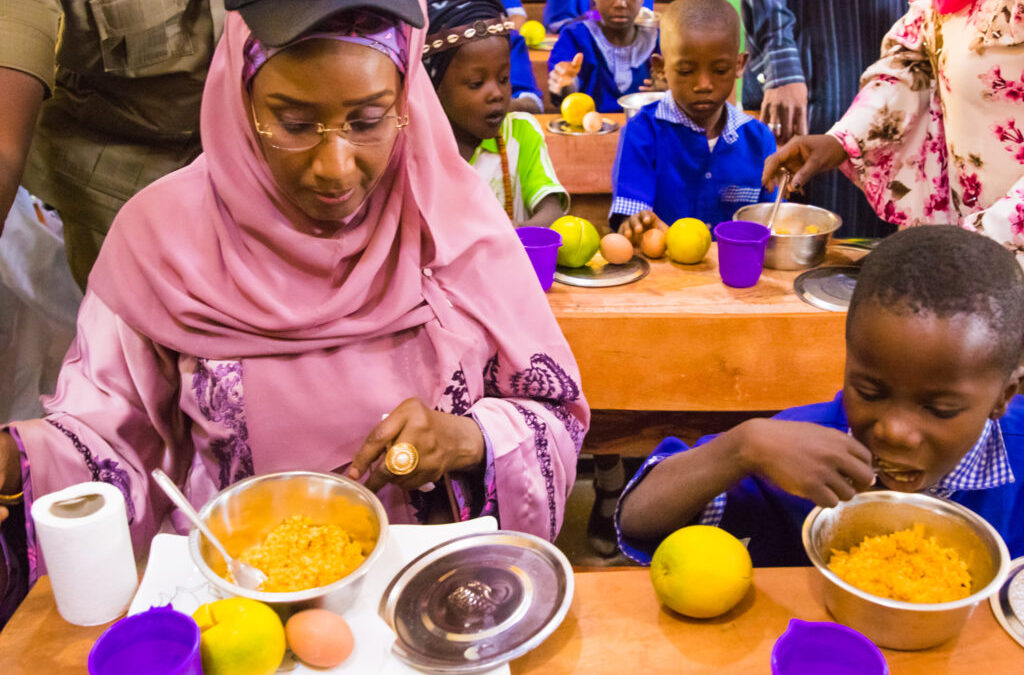 The Federal Government has embarked on enumeration of beneficiaries of National Social Home Grown School Feeding Programme (NHGSFP) across the country.

Minister of Humanitarian Affairs, Disaster Management and Social Development, Sadiya Farouq, who stated this while flagging off the NHGSFP enumeration exercise in Lokoja on Monday, said the objective was to have database of the beneficiaries.

She explained that the successful conduct of the enumeration exercise would help in scaling up the number of beneficiaries from the present nine million pupils to 15 million pupils by 2023, in line with the directive of President Muhammadu Buhari.

“More than nine million pupils benefit from one free nutritious meal a day during school term nationwide and now, we have the mandate to reach additional five million pupils by 2023,” she explained.

The minister, who was represented by Mrs Patience Achor, a Deputy Director in the ministry, said that the programme, which covered public primary school pupils in classes 1-3, had been of tremendous benefits to some sectors.

“With over 100,000 cooks employed and more than 100,000 small-holder farmers participating in the value chain, NHGSFP is a serious potential for socio-economic development and it needs to be strengthened, scaled up and sustained nationwide,” she added.