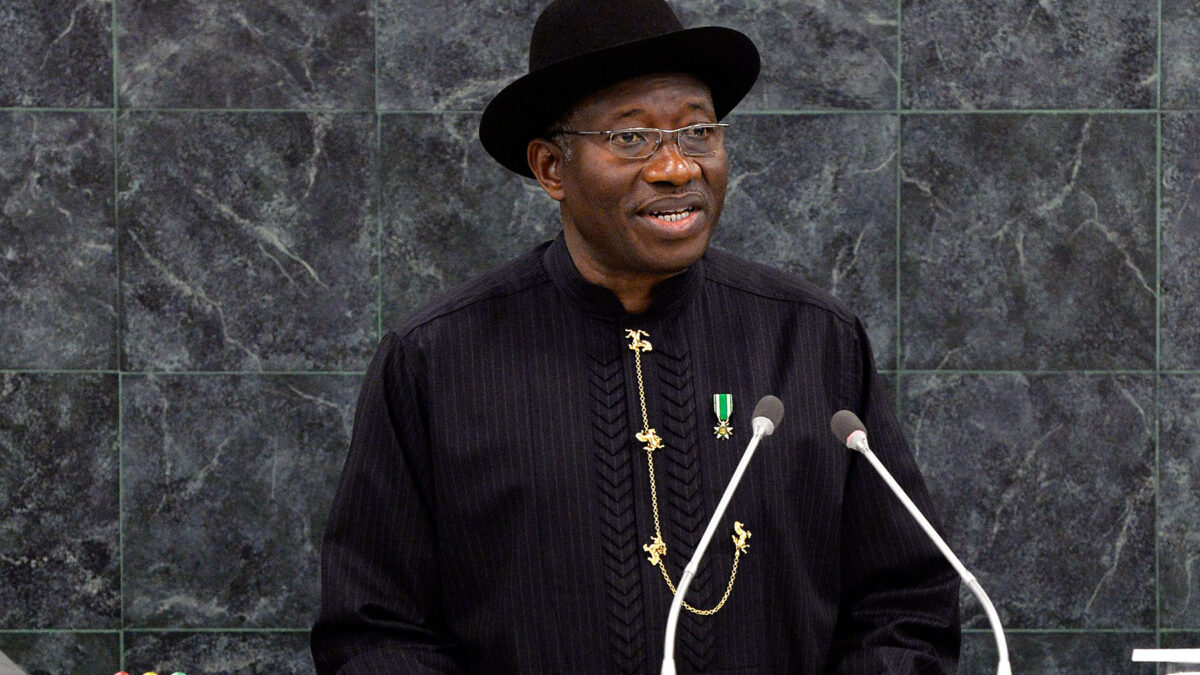 Former President Goodluck Jonathan has been given a seven-day deadline to get an All Progressives Congress (APC) membership card in his Otuoke Ward by the Youths Network for Nigeria Union (YNNU).

Mr Ibrahim Saiki, the YNNU Chairman, issued the ultimatum during a rally in Abuja on Wednesday, urging Jonathan to run for president on the APC platform.

He said that becoming a member of the APC was necessary for the ex-president to get the party’s Expression of Interest and Nomination papers in order to run for president on its platform in 2023.

He warned that if the ex-president did not register and receive the party’s card by the deadline, the youths would take over his Abuja office and stay there until he made a choice.

“We have been mandated to, most respectfully, urge former president Goodluck Jonathan to immediately progress to pick a membership form of the APC from his ward in Otuoke, Bayelsa, within seven days after Ramadan.

“If at the end of seven days after Ramadan, Jonathan remains undecided, we shall most respectfully repeat our visit to his office for a second meeting.

“ It should be noted that over 20,000 of our more than 500,000-strong members across the nation have expressed the unreserved desire to participate and encamp at Jonathan’s private office.

“And we shall remain there for as long as it may take him to decide,’’ Saiki said.

He claimed the organisation addressed Jonathan a letter on Tuesday urging him to join and receive an APC membership card, as well as presidential expressions of interest and nomination papers, in order to run in the 2023 presidential election.

“We earnestly hope that Jonathan fully understands that our future depends on his decision.

“Therefore, we do not intend to relent in our pursuit of the true desire of Nigerians at this time.

“To us in YNNU, what Nigeria needs at this period of our national history is a unifier. That unifier is ex-president Goodluck Ebele Jonathan,’’ he said.

“We are waiting for you, declare immediately,” another sign read, “and Goodluck Jonathan, declare for President now.”

The youngsters met with the ex-president on April 22 at his Foundation headquarters in Maitama, Abuja, and pushed him to run for president in 2023.

Jonathan responded by encouraging teenagers to become more active in politics and warning them to be on the lookout for his next move.

“Yes, you are calling me to come and declare for the 2023 presidency, yes I can’t tell you am declaring, the political process is ongoing, just watch out.

“But the key role you must play is to pray that Nigeria gets a president that will carry the young people along and work very hard to see that some of the country’s problems raised are dealt with.

“I believe that collectively, we can work together,’’ Jonathan had said.

Laycon Blasts The FG’s Stance On The ASUU Strike