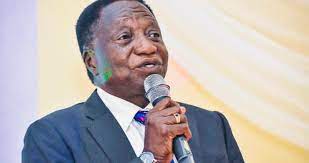 Professor Dibu Ojerinde, a former registrar of the Joint Admissions and Matriculation Board (JAMB), will be prosecuted in the Federal High Court in Abuja on July 6 for an alleged N900 million fraud by the Independent Corrupt Practices and Other Related Offences Commission (ICPC).

After ICPC lawyer Ebenezer Shogunle disputed with the conditions of the plea bargain proposal filed before the court by the defense counsel, P.A.O. Olorunnisola, SAN, Justice Obiora Egwuatu set the date for Monday.

On March 15, operatives of the anti-corruption group arrested Mr Ojerinde in Abuja on allegations of theft of funds.

According to the panel, the former CEO of JAMB and the National Examination Council allegedly committed various frauds while in office (NECO).

Mr Ojerinde is the only defendant in the court’s suit number CR/97/21.

When the case was called for arraignment, the defendant’s counsel, Mr Olorunnisola, informed the court that plans for a plea deal were in the works.

Mr Shogunle, who had already been served with a copy of the proceedings, disagreed with Mr Olorunnisola’s response, claiming that the Commission did not agree with the application’s contents.

The senior counsel maintained that the application for a plea bargain before arraignment was in accordance with the law, citing an authority to support his claim.

Because the prosecution did not agree with the terms presented by the defense, Justice Egwuatu ruled that a written letter should be prepared to that effect.

The judge then scheduled an arraignment for July 6th.

A plea bargain is an agreement between the prosecutor and the defendant in which the defendant agrees to plead guilty to a lower charge in exchange for a reduced sentence or the dismissal of other charges.

Fireboy Along With Sickick, Features On Madonna’s Remake Of “Frozen”