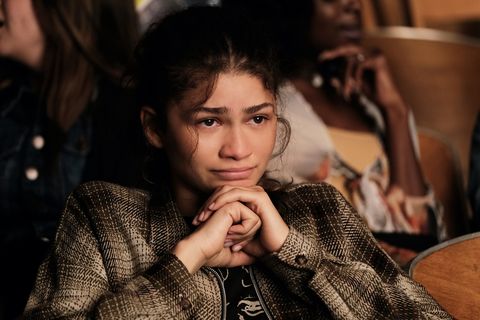 Season 2’s finale had more than six times the viewership of Season 1.

Euphoria, one of HBO’s most popular shows, recently finished its wild second season this past weekend. According to Deadline, the finale drew more than 6.6 million people across all HBO platforms, including the streaming service HBO Max.

This is a % increase over the previous episode’s audience and comfortably outnumbers Euphoria’s Season 1 finale viewership of 530,000. In addition, Euphoria is now the second most-watched program in HBO history across all platforms, after only Game of Thrones. According to HBO, the Season 2 episodes of Euphoria presently have a total audience of about 16.3 million people across all platforms. Again, aside from Game of Thrones, this season is the highest in HBO’s history since 2004.

When a successful series completes its first season, you would anticipate viewership to increase in the next season, but this tremendous increase demonstrates how popular Euphoria has become. With about 34 million tweets in the United States, the series has become the most-tweeted-about show of the decade. Euphoria has also become the most social series on other social media platforms such as Facebook, Instagram, and YouTube. As if that wasn’t enough, the show was the most popular show on HBO Max for the eighth week in a row. Due to the large number of people watching the finale, the streamer collapsed for a brief period of time on Sunday night.

Nate’s getting his father arrested, Cassie is enraged by Lexi’s stage performance, and Fezco’s younger brother Ashtray gets killed. Season 2 increased the story’s emotional stakes while maintaining the sympathetic core of each character established in Season 1. While the high viewership throughout the season is remarkable, it’s not surprising considering the show’s high quality.

It has been renewed for season 3, and the way Season 2 concluded will make the wait much tougher.

Edo Govt Would Arrest Parents For Their Children’s Street Begging