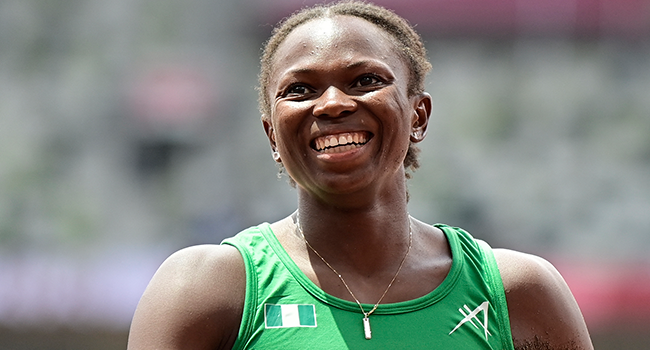 Nigeria has its first medal of the Tokyo 2020 Olympic Games, thanks to Ese Brume.

In the early hours of Tuesday, she claimed a bronze medal after finishing third in the women’s long jump event.

She leaped 6.97 meters with her every Jump and finished third to win a bronze. This is Nigeria’s first track and field medal at the Olympics since 2008 when Nigeria’s Olympics had Blessing Okagbare win a silver medal in Beijing.

It also makes the long jump the first individual event to give Nigeria three medals at the Olympics with Chioma Ajunwa’s gold at the Atlanta ‘96 Olympics topping Okagbare’s silver from 2008 and Brume’s bronze.

Brume also joins Okagbare and Glory Alozie as the only Nigerians to win individual medals in the Olympics.