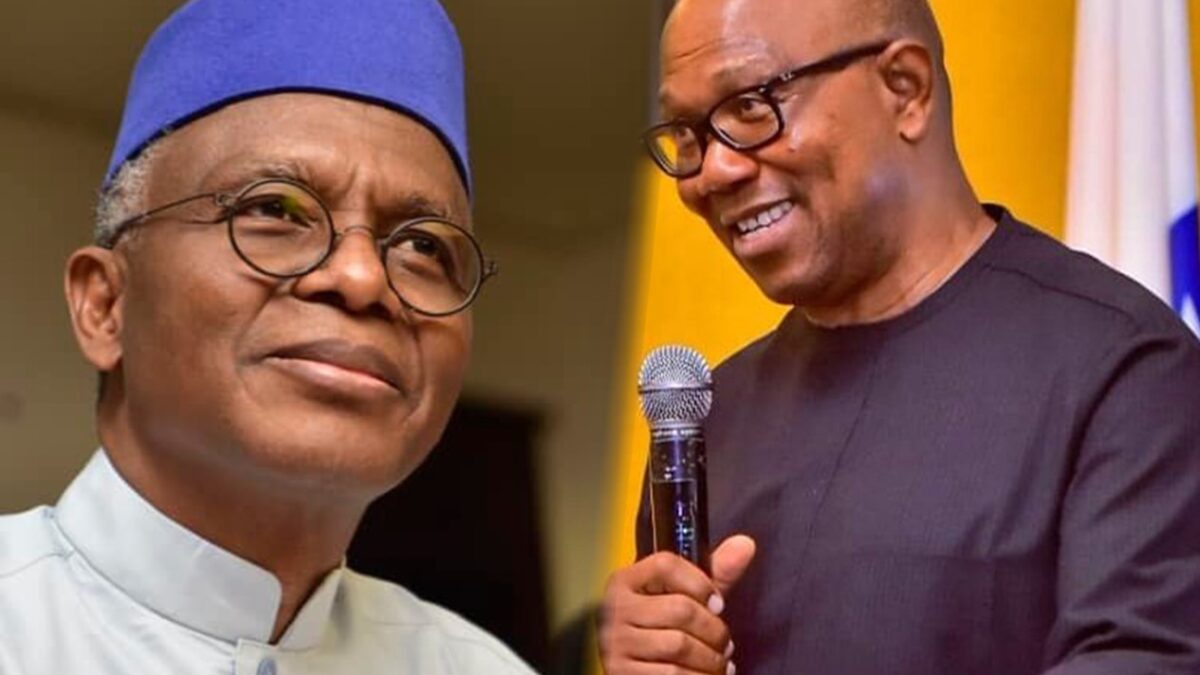 Kaduna State Governor Nasir el-Rufai made fun of plans by Peter Obi’s Labour Party (LP) supporters to stage a “two-million-man march” for him in the state.

The All Progressives Congress (APC) member el-Rufai made fun of Obi supporters in a tweet on Monday, August 15, 2022 “I just dey laff, wallahi tallahi!!

“I hope you get Two Hundred persons on the streets, including those ‘imports’ that can’t open their shops on Mondays, and came on overnight buses last night!!”, he said.

These marches are being held by Obi’s supporters all around the nation as a sign of their support.

In recent times, Nasarawa State saw a march in support of the LP presidential candidate.

El-rufai claimed that the only way they could obtain the projected total was by “importing” individuals into the state.

“In Kaduna? Not Kaduna?”, the governor, who just finished his second term, wrote in the tweet.

Remember how the Peter Obi Support Network protested on Monday, July 18, 2022, what it claimed was an attempt by El-rufai to halt a scheduled conference in the north in Peter Obi’s favor.

On July 19, 2022, the organization had scheduled a gathering at the Arewa House in Kaduna State.

The summit was intended to engage with supporters of the presidential candidate and his running partner across the 19 northern States of the nation, according to the group’s spokesman, Comrade Sani Altukry.

In order to facilitate the essential contact and idea-cross-fertilization, Altukry had said that the summit was not, in any way, a political campaign, but rather a gathering of supporters, potential supporters, and volunteers of the Obi-Datti initiative.

The group accused El-Rufai of giving the Manager of Arewa House the unjustified order to forbid them from holding the meeting there.

They described his choice as discouraging at a time when northern Nigerians are longing for progress and freedom from poverty as a result of mismanagement.

“The governor of Kaduna State is intimidated by the rising profile of Peter Obi across the length and breadth of the country.

“The governor should know that this is a “Peoples Movement” which can never be stopped.

“The movement represents all oppressed Nigerians and everyone that desires good governance, and Governor El-rufai is too small to suppress it”, the organization stated in a statement that was partially cited by this reporter in July.

‘La Femme Anjola’ Is Available To Stream On Prime Video