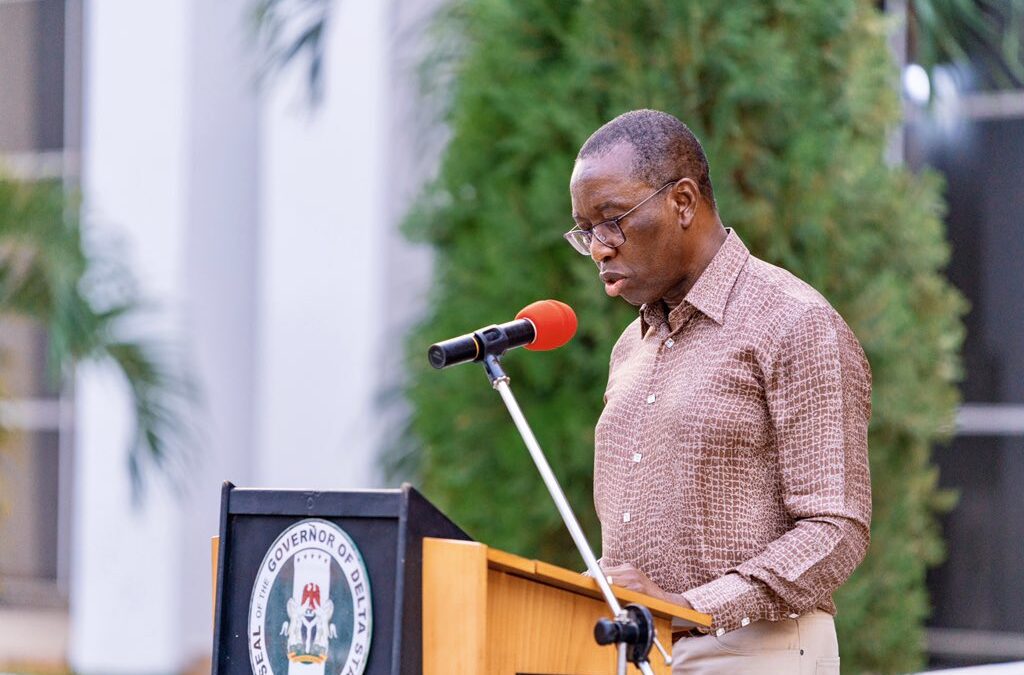 According to the governor, instability has continued to hinder the country’s progress and development.

As Muslims throughout the globe mark the birth of Prophet Muhammad, Delta Governor Senator (Dr) Ifeanyi Okowa has called for more prayers to put an end to violent crime in the country.

The governor asked Muslims to emulate the outstanding leadership of Holy Prophet Muhammad by encouraging peaceful coexistence and giving prayers for Nigeria’s peace, unity, and continued growth, according to a statement signed by his Chief Press Secretary, Olisa Ifeajika, issued in Asaba on Monday.

Nigeria, he added, is now troubled by insurgency and other violent crimes such as banditry, kidnapping, armed robbery, herders-farmers confrontations, and agitations, all of which have hampered the country’s progress and development.

According to him, money that would have been utilized for development by the federal and state governments are instead being used to battle crime and safeguard Nigerians’ lives and property.

Okowa urged Nigerians to reject any divisive inclinations and work together to build a better country, adding that the commemoration of the Prophet’s birth should reinvigorate people’s faith and bonds of togetherness, notwithstanding their differences.

He especially encouraged Muslims and other religious organizations to increase their prayers for Nigeria’s needed reforms.

“On behalf of my family, the government and people of Delta, I extend our warmest wishes to Muslims celebrating Eid-el-Maulud in Delta, Nigeria and around the world. I congratulate all our countrymen and women on this special day.

“As we celebrate, it is my hope and prayer that we emulate the spiritual lessons in the Holy Prophet’s teachings of piety, love, justice, fairness, equity, peaceful co-existence, tolerance, honesty and dedication to duty.

“As a people with great religious beliefs, if we can imbibe and espouse the Holy Prophet’s teachings, our nation will ultimately benefit from it.

“Let us remember to pray fervently for our nation to achieve greater unity and rise against tendencies offensive to democratic tenets and wellbeing of the country and the people, irrespective of religion or place of origin.

“This is the time for a rebirth in the polity, and I urge all well-meaning Nigerians to join hands in that direction, especially in giving the country a new Constitution that will address all contending issues that are reflective of true democracy and federalism.

“It is my hope that this celebration will bring joy to all your homes here in Delta, Nigeria and around the world,” the governor stated.

'We Don’t Have Chalks In Our Schools,' Cross River Teachers Lament