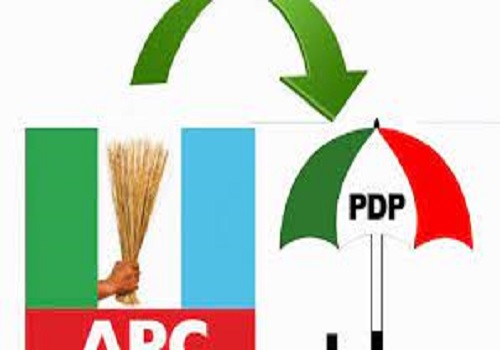 The returnees and the new members were from five Local Government Areas of the district.

Mr Venatius Ikem, Chairman of the People’s Democratic Party (PDP) in Cross River on Sunday in Ogoja received over 5,000 returnees from the All Progressives Congress (APC).

Speaking, Ikem said that the return of former PDP members and the entrance of new members are a big boost to the party ahead of future elections in the State.

The returnees and the new members were from five Local Government Areas of the district, including Ogoja Yala, Obanliku, Obudu and Bekwara.

Among those who returned to the PDP was former Special Adviser to Gov. Liyel Imoke on Budget, Dr Peter Oti.

The Chairman also lauded party faithful for coming out massively to show their support and solidarity to Sen. Agom.

“I can say that, since the time of former Senate President, Joseph Wayas, Cross River North had not witnessed this number of crowd.

“I say with confidence that Cross River North has never produced a Senator as popular as Jarigbe Agom,” he said.

He described Sen. Agom as “a gift from God. “

On his part, the leader of PDP in the State, former Gov. Imoke said that, with the success of Sen. Agom and his soaring popularity “the sky is the limit” for PDP in the district.

He called for total support for the Senator and the party State Chairman both of whom are from the Northern Senatorial District.

“With your massive support, I am sure the party will maintain its strong hold on Cross River in the forthcoming elections.

“The two can form a very strong synergy,” Imoke said.

In his remarks, Sen. Agom said he was highly elated by the turnout of people at the reception.

“The large crowd here signifies that there is something wrong in our State and we need to correct that.

“We must have people in government who are modest and less enthusiastic.

“The law of retributive justice is real but by the Grace of God we will get out of this bad situation that we found ourselves,” he said.

He encouraged the people to remain positive, adding that, there is hope at the end of the tunnel.

“I will do my best and you will be proud that you have made a good choice. Stand firm and do not be intimidated by anybody,” he said.

BBNaija’s Rico Swavey Has Passed Away