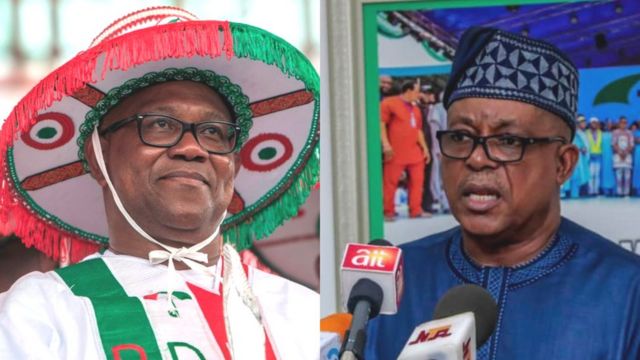 Following the nullification of its Anambra State delegate congress by a Federal Capital High Court in Abuja on Thursday, the Peoples Democratic Party is evaluating its options.

According to reports, the party’s leadership has called an emergency meeting to discuss the next steps.

Justice Olukayode Adeniyi, who delivered the ruling on the issue, stated that any actions taken by the party’s Executive Council following the court’s June 9 decision were null and invalid.

The state PDP Executive Committee was dismissed by the court after it found merit in a lawsuit filed by disgruntled party members challenging their validity.

According to Adeniyi, the PDP went ahead and held the delegate election on June 10 and 11 despite a court injunction, and as a result, all activities performed were null and invalid in the eyes of the law.

Ndubuisi Nwobu and Uchenna Obiora, two of the party’s top leaders, had asked the court to suspend the June 9 ruling until the outcome of the appeal.

The court, however, denied the application, claiming that they had not presented enough reason for the court to do so.

“The primary party, the first applicant (PDP), has argued in front of this court that its decision is null and invalid for lack of jurisdiction,” Adeniyi stated. The same party cannot seek equitable remedy from the same court at the same time.

“A party that has no respect for a court’s decision and has publicly disparaged it, as demonstrated in Exhibit C, cannot return to the same court to seek equitable relief to stay the same order that it has disobeyed and defiled.

“An assessment of the totality of the circumstances presented to me by the instant applications leads to only one conclusion: the applicants have no respect for the authority of this court; they issued a release to embolden their members not to reckon with the court’s judgment; and they followed it up with definite contemptuous steps in disregularity.

“Coming back with a request for stay of execution and injunction awaiting the outcome of their appeal seems like an afterthought to me.

“I state there that no court worth its salt will approve such an application, regardless of how well prepared and argued it is.

Wizkid, Davido, And Burna Boy Are At The Top Of Spotify’s Year-End Charts