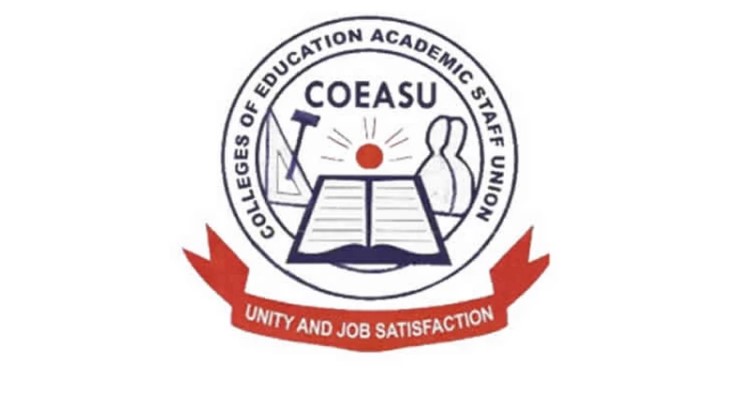 The lecturers of the Colleges of Education Academic Staff Union (COEASU) have paused their current 60-day strike.

The COEASU President, Dr. Smart Olugbeko, and the union’s general secretary, Dr. Ahmed Bazza, signed a statement on Friday in Abuja that included the suspension.

According to the union, “enormous progress” was made during the continuing negotiations with the Federal Government, which led to the suspension.

According to Olugbeko, the decision to halt the strike was made at the conclusion of the National Executive Council (NEC) meeting, which was convened in Abuja to review the situation with the problems that had caused the three-week rollover of the national strike.

He asserts that this is supported by the significant advancements achieved in the ongoing negotiations and the notable amount of work made toward amending the Colleges of Education Establishment Act, which is crucial for the growth of the COE system.

“NEC resolved that the nationwide strike that started on June 10, be suspended for a cool-off-period of 60 days.

“This is to give the government the opportunity to perfect the progress made so far into tangible achievements that are acceptable to the union.

”After which the NEC shall reconvene to re-assess the status of the issues and decide the way forward, ”he said.

Therefore, he complimented important parties for their involvement and steadfast dedication to finding a solution to the problems.

Olugbeko said that NEC had expressed concern over the country’s high degree of insecurity, which was obvious from the rise in the frequency of abduction, banditry, murders, and other social vices.

“NEC, therefore, calls on governments at all levels to address the situation more proactively by beefing up security on all campuses.

“As the system is being reopened for teaching and learning, and across the nation in general, ’’he said.

In light of this, the union president complimented the governments of Imo, Kwara, Osun, and Oyo for working to resolve the problems that persisted in their various institutions of education.