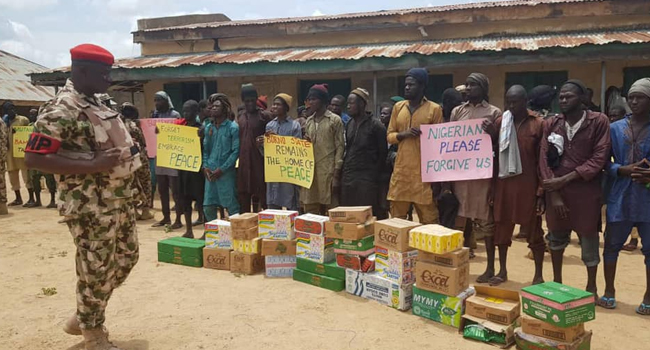 A group of Boko Haram and Islamic State of West Africa Province (ISWAP) terrorists in Borno State have surrendered their arms and embraced amnesty.

He commeded their decision to drop their arms and also urged them to encourage their brothers and colleagues in the forests to come out and embrace the new life of peace and rehabilitation.

General Eyitayo who spoke through an interpreter further said they will undergo some rehabilitation at a government facility before their reintegration into the larger society. New clothes, food items, groceries, and toiletries have been distributed to them.