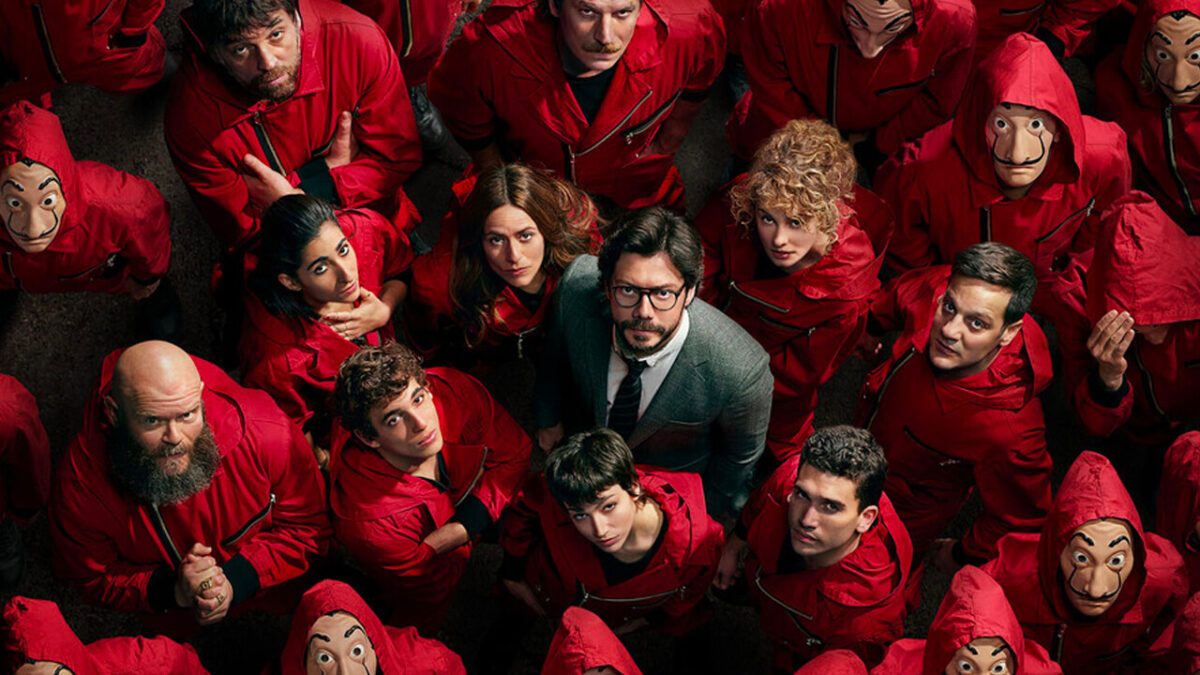 It’s time to put on the red jumpsuit and Dal mask for the final time.

The show has released a new teaser trailer as well as a stunning new poster for Money Heist Part 5 Volume 2 ahead of the series’ epic conclusion on Netflix on December 3rd. Lvaro Morte, who plays Sergio/The Professor, says in the teaser that the final installment will be “full of absolute tension,” and I don’t think Money Heist fans would disagree.

After Netflix picked up the first two seasons of the gripping crime drama two years ago, it took the world by storm. The show revolves around a group of criminals who have decided to pull off the world’s greatest heist twice. Money Heist is a gripping high-stakes drama series with deep character connections and genuine emotion interspersed with breathtaking twists and turns. The whole point of the series is to keep you on the edge of your seat as you root for the underdogs to come out on top in seemingly impossible situations.

The team tries to survive the war they’ve gotten themselves into with the Spanish government in the new teaser, which features shots from Part 5 Volume 2. We see tender moments between Denver (Jamie Lorente) and Monica (Esther Acebo), Ro’s (Miguel Herrán) devastation after losing Tokyo (rsula Corberó), and scenes of elation and pure terror throughout the team. With a look at the filming process for Part 5, the teaser also offers a behind-the-scenes look at the making of the series that fans have come to love.

Fans will also get the promise of seeing Tokyo again in Money Heist’s flashback scenes near the end of the teaser. Lex Pina, the creator and lead writer of Money Heist, sits down with Corberó to discuss how she’d like to see her character return in those moments, and she requests moments of joy and levity filled with partying and dancing, as befitting the heart of Tokyo.

Channing Tatum Makes A Comeback In The 'DOG' Trailer