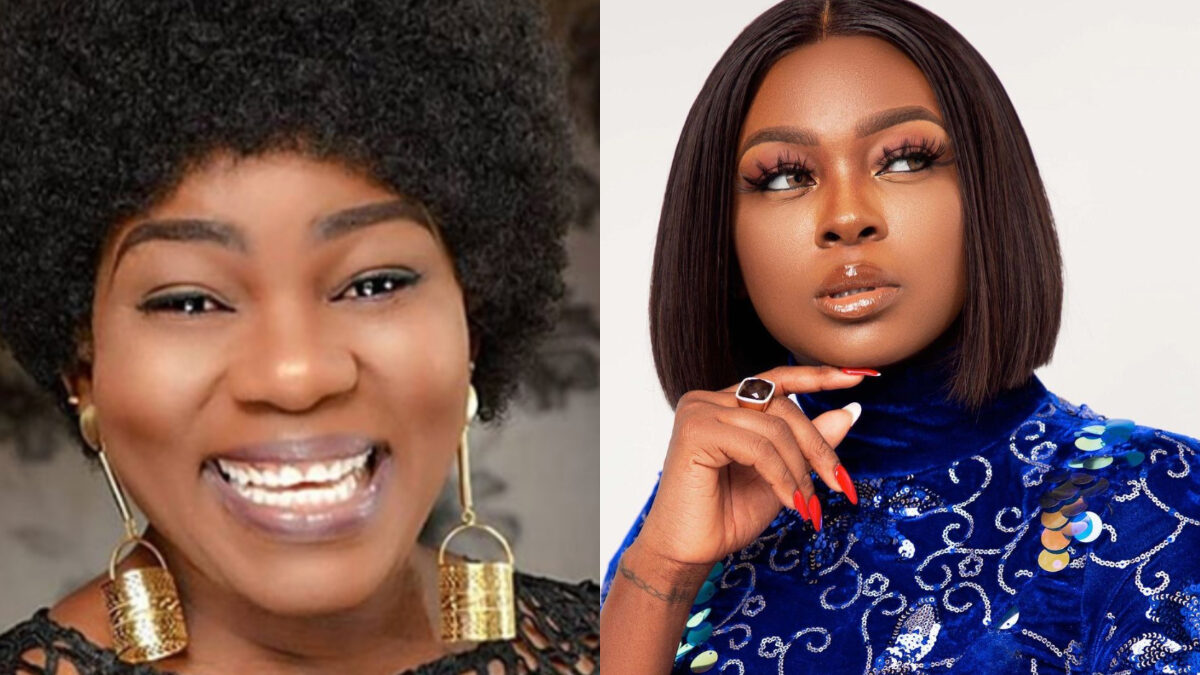 Ada Ameh is challenged by Ka3na to call her out on social media once more.

Ka3na, a former Big Brother Naija housemate, has accused Ada Ameh, a cinema veteran, of being a nuisance in society.

This was revealed by the reality TV celebrity while commenting to a recent video uploaded on social media by the movie actor.

“It takes madness to recognise another. Ada Ameh you go soon meet your match. It’s so easy for you to insult people,” she wrote.

“I let the first time you insult me slide because then I still had some respect for your old age but as of this moment nor try am again. You are becoming a nuisance.” She

The actress had previously chastised Ka3na for ignoring a fan who had tattooed her name on her leg.

“You went on Twitter and you wrote something that you would have loved someone to have a tattoo of you on their body and this young lady did. You came, did a video and you were all flirting with your hair and you were being sarcastic and that was very wicked of you,” she said.

The reality TV star had previously went to her social media page to denounce the fan who had gotten the tattoo.

She also asked celebrities to tell their followers not to get their names tattooed on their bodies.

'Encanto' Will Be Released On Disney+ Following Its Box Office Triumph

'Fast & Furious 10' Will Be Delayed By One Month