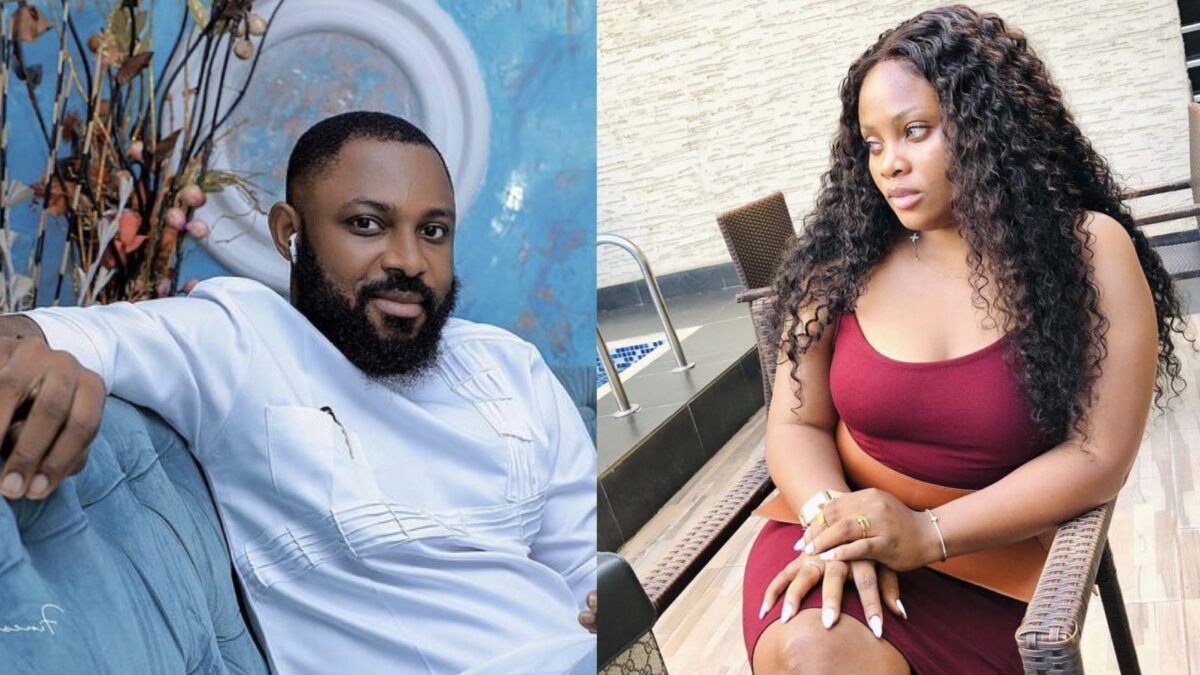 Tega’s escapades in the house continue to draw emotions from her spouse.

Tega and her husband Ajeboh, a former BBNaija housemate, may still be at odds.

Yes, there may be unhealed wounds in his marriage, based on his reaction after music producer Ubi Franklin took a shot at married people who end up cheating when they participate in reality TV shows.

On Monday, November 1, 2021, Franklin took to twitter to discuss the risk of marriages disintegrating if they opt to participate in the reality TV show.

“Remember you might lose your wife or Husband to a fellow Housemate if let them go to Big Brother. Just know say things Dey happen like this,” he tweeted.

“God have mercy on them,” Ajeboh replied in response.

Remember that the married roommate received a lot of backlash even after her stint on the reality show ended.

Tega drew the wrath of the show’s judgmental fans by getting intimate with co-housemate Boma Akpore while in the house.

Since then, the pair has refuted allegations that they had intercourse.