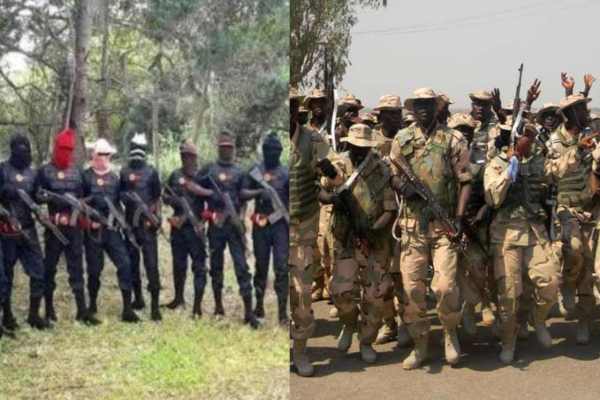 Two soldiers were killed by the Eastern Security Network (ESN) during an attack on their location at the Iggah/Asaba checkpoint in Enugu’s Uzo-Uwani local government area, according to the Nigerian Army.

Onyema Nwachukwu, the director of Army Public Relations, claimed the hoodlums ambushed troops assigned to checkmate separatist gunmen’s operations in Adani village in Uzo-Uwani local government area, according to a statement released on Wednesday in Abuja.

During the ensuing shootout, the gunmen killed two soldiers, according to him, and “troops are presently on the trail of the criminals.”

“We assure the general public of our commitment to provide appropriate protection in the general region in conjunction with other security agencies,” he went on to say.

We also encourage members of the public to support the security forces’ efforts by abiding by the law and providing helpful information on the fleeing gunmen.”