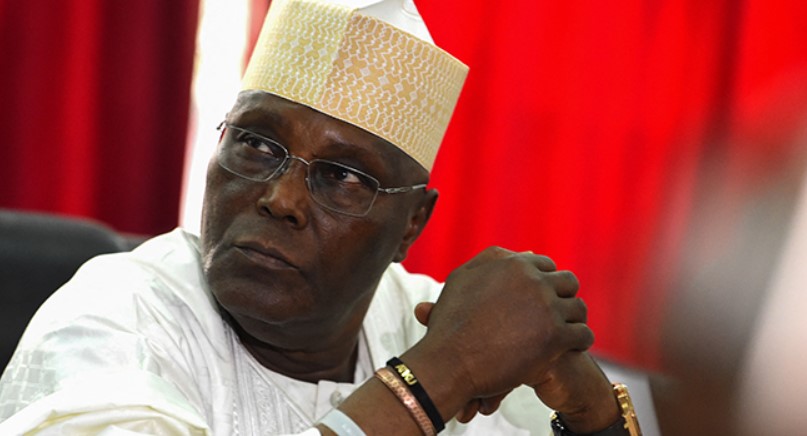 Atiku Receives Backlash For His Anti-Yoruba And Anti-Igbo Comment

In the midst of the controversy that has been jeopardizing his campaign and his party’s chances in the 2023 presidential election, Atiku made an ethnocentric speech.

After urging northerners to support him since he is from their region, Alhaji Atiku Abubakar, the Peoples Democratic Party’s (PDP) presidential candidate, has come under heavy fire.

Atiku gave the crowd the advice not to vote for an Igbo or Yoruba presidential candidate on Saturday, October 15, 2022, during an interactive session with the Arewa Joint Committee in Kaduna.

According to the previous vice president of Adamawa State, the people of the north require a representative of their area to take office.

“What the average Northerner needs is somebody who’s from the North and also understands that part of the country and has been able to build bridges across the country.

“This is what the Northerner needs. It doesn’t need a Yoruba or Igbo candidate. I stand before you as a pan-Nigerian of northern origin,’’ Atiku said.

However, the remark has received widespread condemnation from political parties, sociocultural groups, and civil organizations across the nation.

The statement made by Atiku has been denounced by the governing All Progressives Congress (APC), the Labour Party, the Yoruba socio-cultural organization Afenifere, and the supreme Igbo group Ohanaeze Ndigbo.

In the midst of the controversy that has been jeopardizing his campaign and his party’s chances in the 2023 presidential election, Atiku made an ethnocentric speech.

Five governors from the southern area who just arrived, led by Governor Nyesom Wike of Rivers State, have withdrawn their support for Atiku’s presidential campaign due to the situation.

Additionally, his comments suggest that Atiku may have violated Section 97 of the Electoral Act.

According to the section, “A candidate, person or association that engages in campaigning or broadcasting based on religious, tribal or sectional reason to promote or oppose a particular political party or the election of a particular candidate, commits an offense under this Act and is liable on conviction to (a) a maximum fine of N1m or imprisonment for a term of 12 months or both and (b) in the case of a political party, to a maximum of N10m.’’

The APC’s response characterized Atiku’s statement as an assault on the nation’s long-preserved national unity.

The governing party stated Nigeria in a statement on Sunday, October 16, 2022,  “does not need this kind of highly inflammable rhetoric now or ever.’’

The party said, “It is beyond the pale for a senior citizen and a former Vice-President of the Federal Republic to so brazenly instigate strife and disunity in our country in pursuit of his befuddled political self-interest.

To demonstrate his leadership qualities to Nigerians, Atiku was urged by the chief spokesperson of the Obi-Datti Presidential Campaign Council, Yunusa Tanko, to provide an unqualified apology.

The use of the ethnic card to get support, according to Tanko, is unjust for someone who has held the position of leadership in this nation.

“Our principal has made it clear long before now that even when people are trying to play ethnic agenda, nobody should look at him as an Igbo candidate. Our movement is a Nigerian project for the Nigerian people.

“So, in the interest of our democracy and unity of this country, which of course we represent, I think the former vice-president should apologize to Nigerians in such a way that it would show him as a true leader of a free country,” he said.

The group praised his speech for being both moving and thought-provoking.