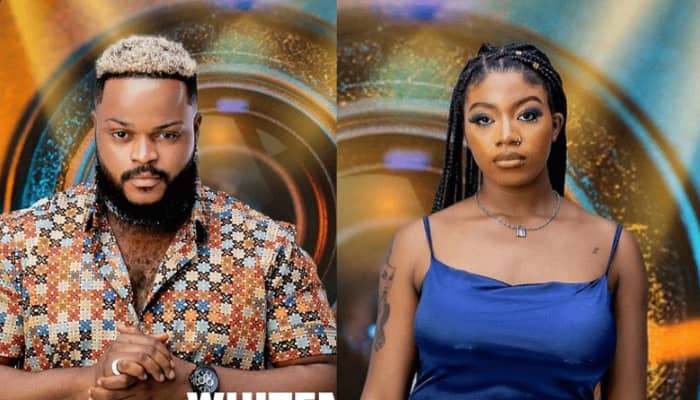 Angel was enraged when Pere said she always looked at the camera before doing anything.

Angel can’t help but gaze at the camera all of the time, according to Whitemoney, a Big Brother Naija Shine Ya Eye housemate.

After the Jacuzzi party on Saturday, day 70 of the program, he informed Pere and Cross of his decision.

When Pere said Angel always looked at the camera before doing anything, Angel became enraged, according to Pere.

“She was furious. We were playing a game at the time, and they asked who looked at the camera the most, and I said, “Angel.” Take a look at how irritated she became. Pere said, “She despises the truth.”

“I and a few other housemates have talked about this stuff. They observed it and came to tell me. I said I have seen it from day one.”

“There’s no way you’re having a discussion with her and she doesn’t look at the camera more than ten times,” Cross remarked. She stares at it all the time. She’s a pro at what she’s doing.”