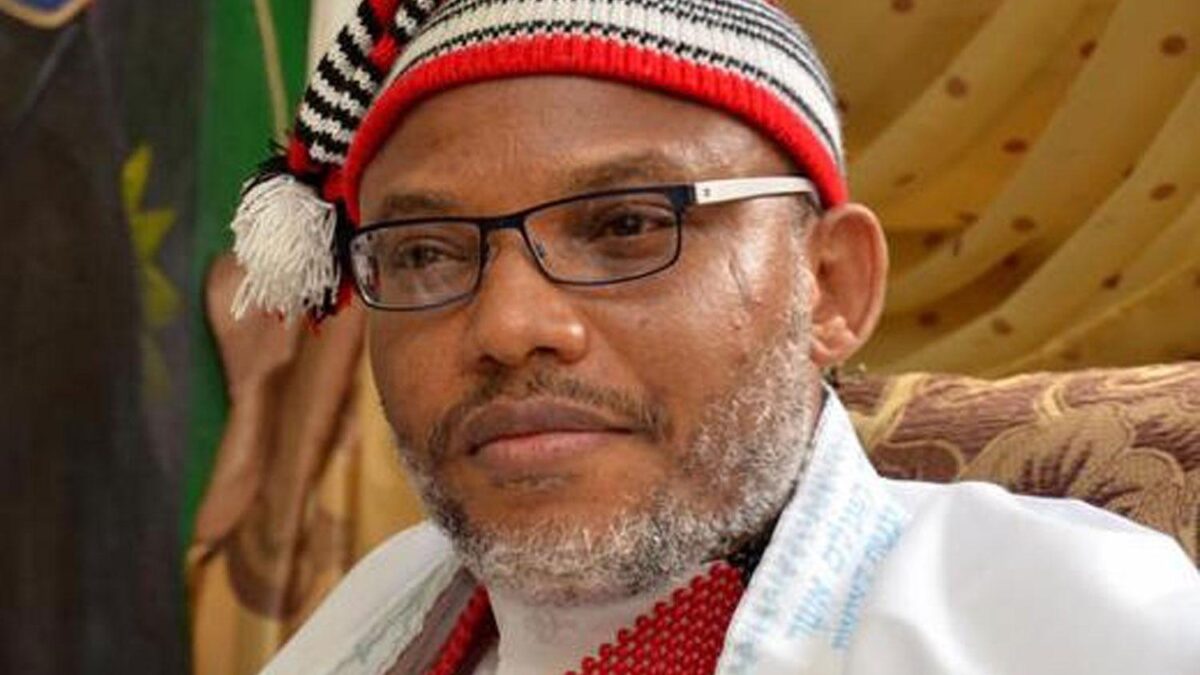 The only condition for the order to be lifted is for the Federal Government to order Mazi Nnamdi Kanu, the IPOB leader, to be released.

The governorship election in Anambra State on November 6, 2021 is in jeopardy since the Indigenous People of Biafra have launched a one-week sit-in from November 5 to 10, 2021.

The only requirement for the order to be lifted was for the Federal Government to order the release of IPOB leader Mazi Nnamdi Kanu, according to the statement.

The statement, which was released a few days after Kanu was returned to the Department of State Services’ custody facility, said: “Following the adjournment of our great leader Mazi Nnamdi Kanu’s court case to 10th of November 2021, by the Federal High Court Abuja, we the great movement and family of the Indigenous People of Biafra wish to inform Biafrans, friends of Biafra and lovers of freedom that IPOB will lock down Biafraland from November 5 to November 10 except Sunday, November 7, a day our people worship the Almighty God if the Nigeria Government fails to release our leader unconditionally before November 4, 2021.

“Our leader must be released unconditionally on or before November 4, because he has not committed any offense known to any law.

“Although we quite understand the pains and adverse effects of this option on our people, we are compelled to take it to achieve a better purpose in the collective interest of Biafrans.

“We have taken time to analyse what transpired on October 21 when our Leader was arraigned in court and discovered that the federal government is not sincere and only wants to humiliate him and keep him perpetually in DSS custody to rot there.

“We all saw how lawyers, journalists, Igbo delegates and respected traditional rulers and other people who came from all around the world to witness his court case were restricted and denied access into the court premises by security agents who kept them outside under the scorching heat of the sun. What a humiliation and wickedness!

“We cannot accept that anymore. We can never allow our leader onyendu Mazi Nnamdi Kanu to be tried Secretly and we can never also allow him to be tried under Sharia law under any guise. Nigeria must follow International laws in handling our leader.

Unless the federal government releases him unconditionally before November 4, we shall sacrifice one week for him as a warning protest to convey to our oppressors that Nnamdi Kanu represents over 70 million Biafrans.

“He is innocent of all the charges preferred against him. As long as he is in detention our individual businesses do not matter so much because he is suffering for us all and we can’t abandon him.

“We seriously regret the inconveniences this may cause our people but it’s a necessary sacrifice we need to make until we have our full independence. Nobody resident in Biafra land is expected to flout this directive as doing so amounts to challenging the will of the people on the Biafra project.”