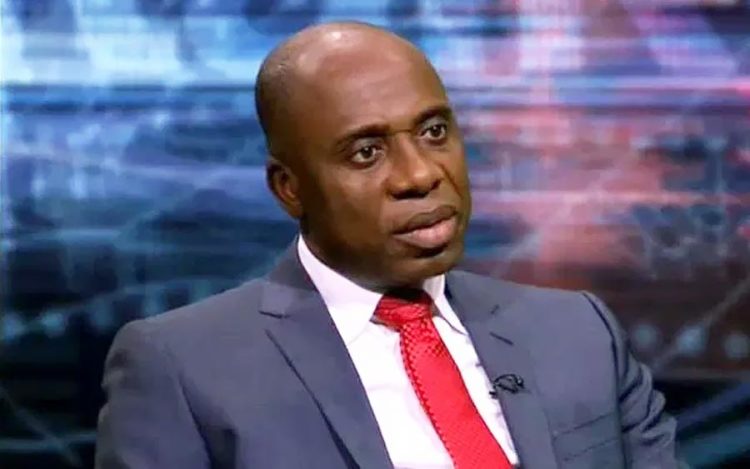 The minister says the Abuja -Kaduna Railway, the Itape-Warri and the Lagos-Ibadan projects have been completed.

The Federal Government says it has completed about 700km of railway line, currently running commercial activities within the country.

The Minister of Transportation, Mr Rotimi Amaechi, told the News Agency of Nigeria (NAN) that the mileage was part of about 5000km to 6000km, which the present administration planned to embark upon.

He named the Abuja -Kaduna Railway, the Itape-Warri and the Lagos-Ibadan as the projects that had been completed.

According to the minister, over N1 billion has been paid into a special account as the ministry’s contribution to repay part of the loan collected for the rail projects.

”We have awarded a contract to three more companies if you add this ones I have mentioned and one is 225km Itape-Warri.

”The one from Lagos to Ibadan is 156km, then the one from Abuja-Kaduna is about 186km, so close to 700km of rail completed and carrying out commercial activities.

”Within this period as the minister, we have never paid money to the government but we got to the Ministry of Finance and asked them to open an account where we pay money every month as our own contribution for repayment of the loan.

”And I think we have gotten over N1 billion already in the last few months.

”Every month that we pay, we are able to return close to N200million per month,” Amaechi said.

He said that the Federal Government was already negotiating for a new facilities to construct the rail from Ibadan to Kano.

‘We have not finished the loan negotiation with China but we have commenced from budget not from loan, the construction of Kano to Kaduna.

”So that at any point in time the Chinese are able to give us loan, we know that it will be from Ibadan to Abuja, but for now we have done Abuja to Kaduna, we are now doing Kaduna to Kano.

On the 2022 budget, NAN reports that over N205 billion was earmarked in the budget for the transportation sector.

According to the Federal Government, the money is to help address the huge rail infrastructure deficit in Nigeria since the last 30 years and the last six years have been top priority of President Muhammadu Buhari‘s administration.

The transportation sector was included as one of the beneficiaries of about N1.45 trillion critical sectorial allocation in the year 2022 budget.

About N71.67billion as counterpart funding was allocated to six ongoing rail project across the country and more than N4 billion was for rehabilitation of various railway tracks.

'The Residence Afrika,' A New Reality TV Show Will Air In March 2022, With A Grand Prize Of N206 Million