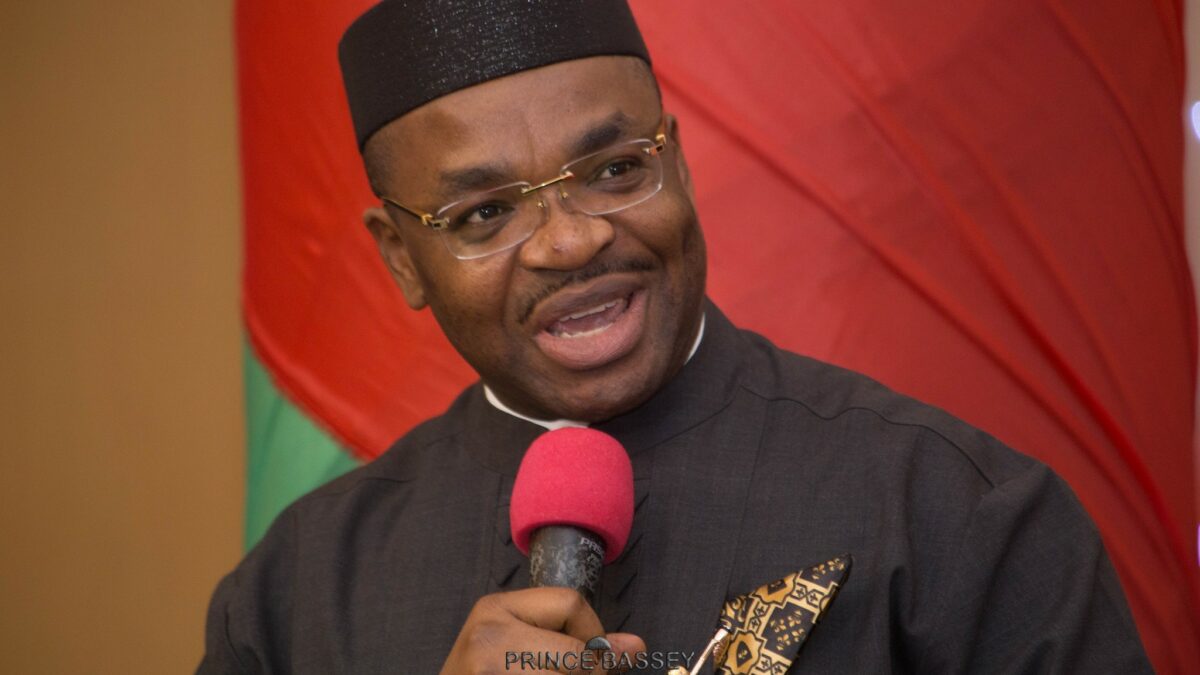 The new Akwa Ibom State map would have a significant negative impact on the previous layout.

The state’s Surveyor-General was ordered by the House of Assembly to prepare a “generally acceptable, authorized, and gazetted map for the state,” according to a resolution.

It was also decided that Governor Udom Emmanuel should promptly declare the revised map as the official map of the state government after it was approved.

The resolution was “borne out of concern and grievances from people of Akwa Ibom State,” according to the chairman of the House Committee on Information, Hon Aniefiok Akpan (Etinan state constituency).

Dr Amah William, the Secretary General of Ilima, a socio-cultural organization dedicated to the promotion of the ideals of Eastern Obolo people, stated at a press conference on Sunday that if the new map is approved, it will distort the original map of Eastern Obolo and it will excede 17 of its communities to the LGAs of Onna, Mkpat Enin, and Ikot Abasi.

He called the move “unconstitutional but manifestly mischievous and a calculated land grabbing strategy.” according to him.

Onna, Mkpat Enin, and Ikot Abasi, William claimed, would gain the status of “littoral LGAs with unfettered access to the Atlantic Ocean to the detriment of the people of Eastern Obolo” if the affected areas were given up.

“For the purpose of clarity, Eastern Obolo and Mbo are the only littoral local government areas bounded by the Atlantic Ocean in Akwa Ibom State.

“Eastern Obolo alone has more than 56 oil wells located within its territorial precincts. Therefore, the so-called remapping or adjustment of the original map of Akwa Ibom State as it relates to Eastern Obolo is not only illegal and unconstitutional but manifestly mischievous, divisive, discriminatory, repugnant to the good conscience and a calculated land grabbing strategy which has failed, ab-initio,” William said.

Continuing, he noted that, “The purported boundary adjustment is a flagrant contravention of Section 8 sub-section 4 of the 1999 Constitution of the Federal Republic of Nigeria as amended.

“We want to state unequivocally that the purported adjustment of the map of Akwa Ibom State as it affects Eastern Obolo LGA is null, void, illegal, unconstitutional and of no effect as you cannot put something on nothing and expect it to stand.”

Hon Aniefiok Akpan (Etinan state constituency), the chairman of the House Committee on Information, responded that the resolution was borne out of concern and grievances for the people of Akwa Ibom State, and that the House urged the relevant bodies to ensure that a concise map is produced and gazetted for the state.

Akpan averred, “The House was concerned because of such agitations and grievances which led to the resolution that an acceptable map should be drawn to ensure that there is peace in Akwa Ibom State.

“The House urged relevant bodies who are in charge of remapping to ensure that an acceptable and concise map is produced and gazetted for the state.”

The lawmaker called on the people to direct their complaint to the Office of the Surveyor General of the state, adding that it is not the duty of the state House of Assembly to produce a map.

Ireti Doyle Dissociates Herself From Her Daughter's Fraudulent Business