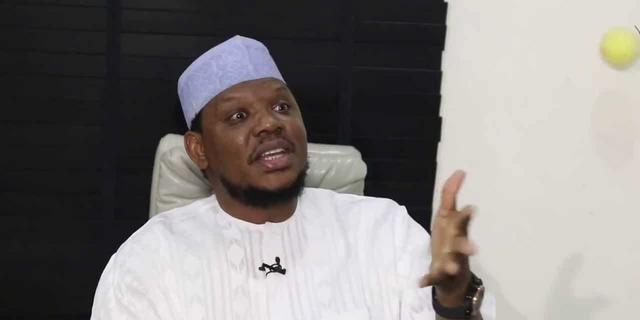 Garba had slammed the APC’s presidential candidate selection process on Tuesday, claiming that the ruling party’s primary concern is money.

Adamu Garba, a former presidential candidate, chastised the All Progressives Congress on Thursday for what he called the party’s “over-financialisation of the political atmosphere.”

He also claimed that the ruling party in the country has no “future for innovative youth.”

In a series of posts on his Twitter account, Adamu apologised to Nigerian youngsters for being on the side of the ruling elite rather than fellow citizens, particularly the youth.

Garba had slammed the APC’s presidential candidate selection process on Tuesday, claiming that the ruling party’s primary concern is money.

Despite the funds, he stated that he would not be acquiring the presidential declaration of interest and nomination form.

Garba had said in a statement on Tuesday, “I write to notify Nigerians that after high-level deliberation with our campaign team, we have concluded that we will not be obtaining the expression of interest and nomination form for the office of the President of Nigeria under the platform of the APC.

“Our generation should not set an example as part of the people that supported the financialization/commercialization of our political space, especially the public office, considering the prohibitive cost of the nomination forms.

“We believe this action is capable of over-financializing our political space, institutionalizing vote buying, encouraging corruption, and completely obliteration the youth and the poor from participation,”

On Thursday, however, Garba apologised to the teenagers, explaining that he had taken the opposite stance against their demands because of three convictions.

He said, “Dear Nigerian Youth, I write to sincerely apologize for any of my actions or inactions that might have affected our relationship over time. Though inexcusable, I took these actions due to the following reasons:

“I’m a radical patriotic Nigerian and can’t stand anything that threatens the stability and security of this country.

“I had such high hopes that things will eventually get better, even as it get worst.

Nothing that threatens our democracy and freedom will be tolerated by me.

“It appears I was wrong in some ways, because things didn’t eventually get better, and in fact, it kept getting worst

“I kept my hopes alive with the belief that changes can better be made from within. But is clear to me that in APC, there’s no plans or future for innovative youth. Painfully so is the over-financialisation of the political atmosphere.

“In a third world country where money is generated from natural resources & not human brains, once financialised, there will be no incentive for human lives to get better. Resource will be the focus of leaders

“This means, to some extend, it is better for people to keep dying and giving up on the country than to live and stay here.

“The more they die or suffer or vacate the country, the less competition and pressure on the resources. That’s why our leaders don’t care, but we should.

“I promise you that I am now fully reformed, baptized, and have realized some of my mistakes. I’m ready to move along with you to chart a new course for the future of Nigeria. We can’t do this with leaders living in the past.

“I have a new deal for you. A NEW DEAL for the future. You have been making me since 2017, I’ve been there for you. You know me, as I endeavor to speak my mind, no filters, no packaging so that you can continue to make & shape me”

“You have shaped me enough, it is time to test me. It’s time to try a VISION beyond any past experiences. I am the leader you made. Take me, for my mistakes and imperfections and for my good vision, plans, and dreams for Nigeria.

“In the 21st Century, we should replace all forms of past experiences with a Vision for the future. This is A NEW DEAL I have for you. Kindly accept my apologies.”