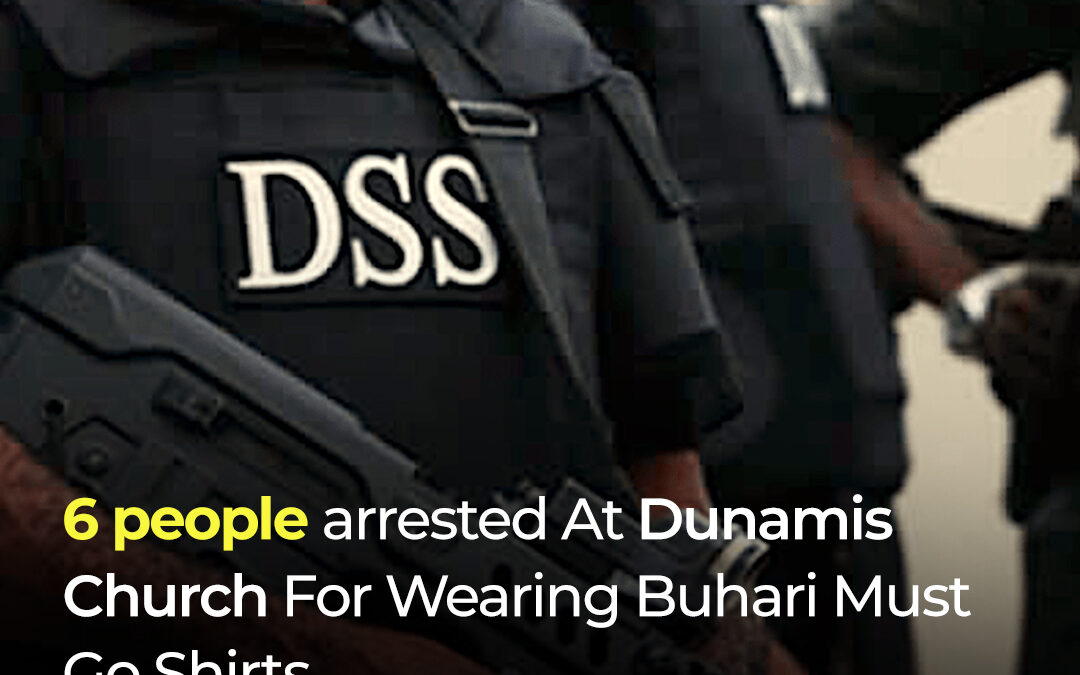 Some human rights activists were apprehended at the Dunamis International Gospel Centre, Abuja for wearing #BuhariMustGo (Anti-President Muhammadu Buhari) T-Shirts to the church.

The incident occurred at the church yesterday when the leaders asked all first-timers to come out for prayers. The new members in their #BuhariMustGo outfit stepped out in front of the congregation.

Omoyele Sowore took to his Twitter page to break the news.
He wrote: UNBELIEVABLE: Security men at @DunamisGospel have arrested activists wearing #BuhariMustGo T-shirts to their church service, church security later handed them over to DSS officials who are currently torturing them. I thought Pastor @DrPaulEnenche was also preaching about justice!