Home > News > 128 Nigerians Stranded In Libya Are Received By NEMA. 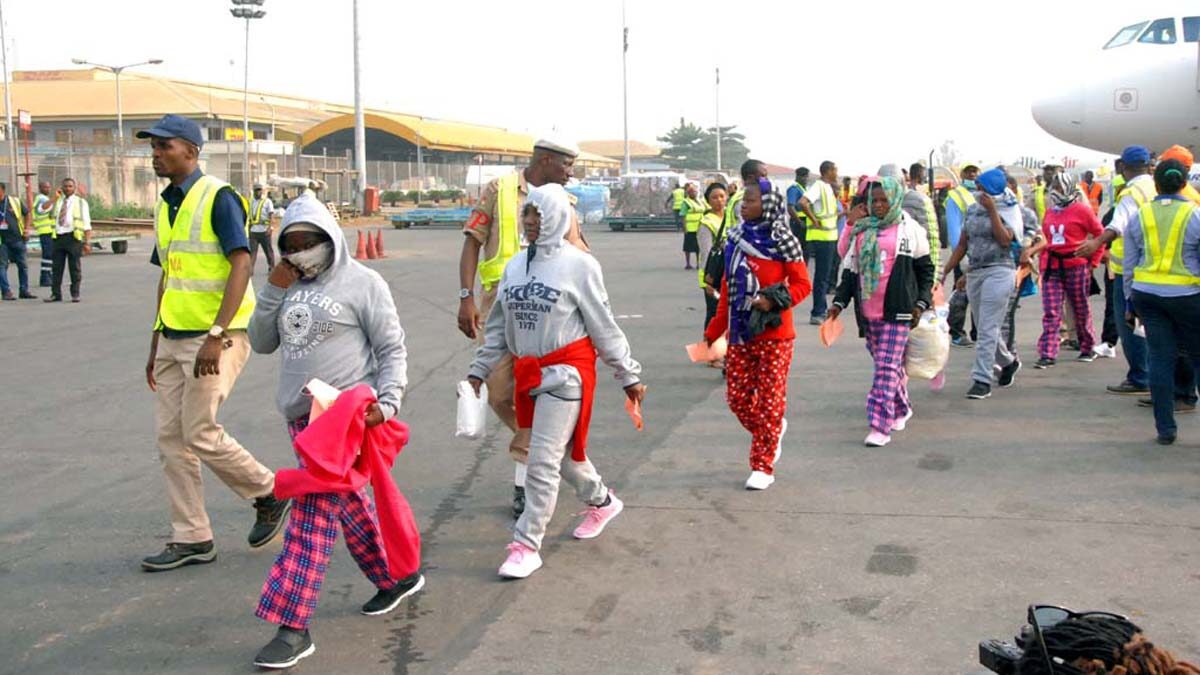 Another group of Nigerian returnees from Libya has arrived at the National Emergency Management Agency (NEMA).

On Wednesday, March 2, 2022, Mustapha Habib, the Director-General, told the News Agency of Nigeria (NAN) that 128 people had returned via the Murtala Muhammed International Airport (MMIA) in Lagos.

He stated they flew out of Mitiga International Airport in Tripoli on a rented Buraq Boeing 100-800 with the registration 5A-DMG on Tuesday night.

Habib, who was represented by Ibrahim Farinloye, Acting Coordinator, Lagos Territorial Office, said that there are 90 men and 38 women.

The DG recommended returnees and others to explore beyond Nigeria in search of a better life.

“They had left the country to seek greener pastures in various European countries but could not afford to return when their journey became frustrated”, Habib said.

He reassured them that the federal government would create an atmosphere that would allow residents to succeed.

The International Organization for Migration (IOM) aided in the voluntary return of people who were in need.

Miss Blessing Muhammad, a returnee, told Vanguard about her journey and how she came back to life while being buried.

She said, “A popular big sister at Akungba approached my mother and convinced her that she would assist me to travel to Europe with the promise that I would be doing my hairdressing work or that of a housemaid to be able to raise money and support my mother and siblings.

“I left Nigeria on January 3, 2016 and the cold was at its peak at that time. I died but resurrected; that was all I can say.

“My experience in the desert was a child’s play compared with the inhuman treatment melted on me by my Burga (trafficker), who was from my town and lived on same street with me.

“Despite my illness as a result of the harsh weather in the desert, my trafficker forced me to be deflowered on the day I entered Libya by fixing me up with a client.

“My journey through the desert was horrific. I was to be buried and a grave had been dug.

“But just as I was about to be thrown into the grave, I miraculously came back to life as I was later told.”

The Nigerian Immigration Service, the Federal Ministry of Health, the National Agency for the Prohibition of Trafficking in Persons, NAPITIP, the Nigeria Police, and other relevant authorities were also present at the welcome.