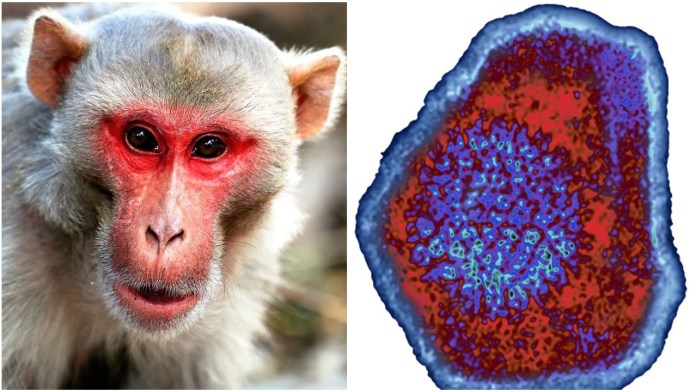 The first human infection with the Monkey B Virus (BV) and death has been reported in China. According to China CDC Weekly, a veterinary surgeon in Beijing was infected with the virus after dissecting two deceased monkeys in early March.

The 53-year-old veterinarian began to feel nauseated and vomit, and a month later, he had a fever and neurological symptoms. He went to numerous hospitals before dying on May 27, according to China CDC Weekly.

Researchers took CSF fluid from the patient in mid-April for next-generation sequencing, and the results showed an alphaherpesvirus infection. They also collected blister fluid, blood, a nose swab, a throat swab, and plasma to help them pinpoint the etiological agent.

According to the Global Times, all of the patient’s close contacts have tested negative for the virus and are thus safe for the time being. The virus might represent a zoonotic hazard to primate veterinarians, animal care staff, or laboratory researchers, according to China CDC Weekly, citing the first human mortality from Monkey BV.

The publication emphasized the need of eradicating the virus during the creation of “specific pathogen-free rhesus colonies” in China, as well as increasing surveillance in laboratory macaques and occupational workers.