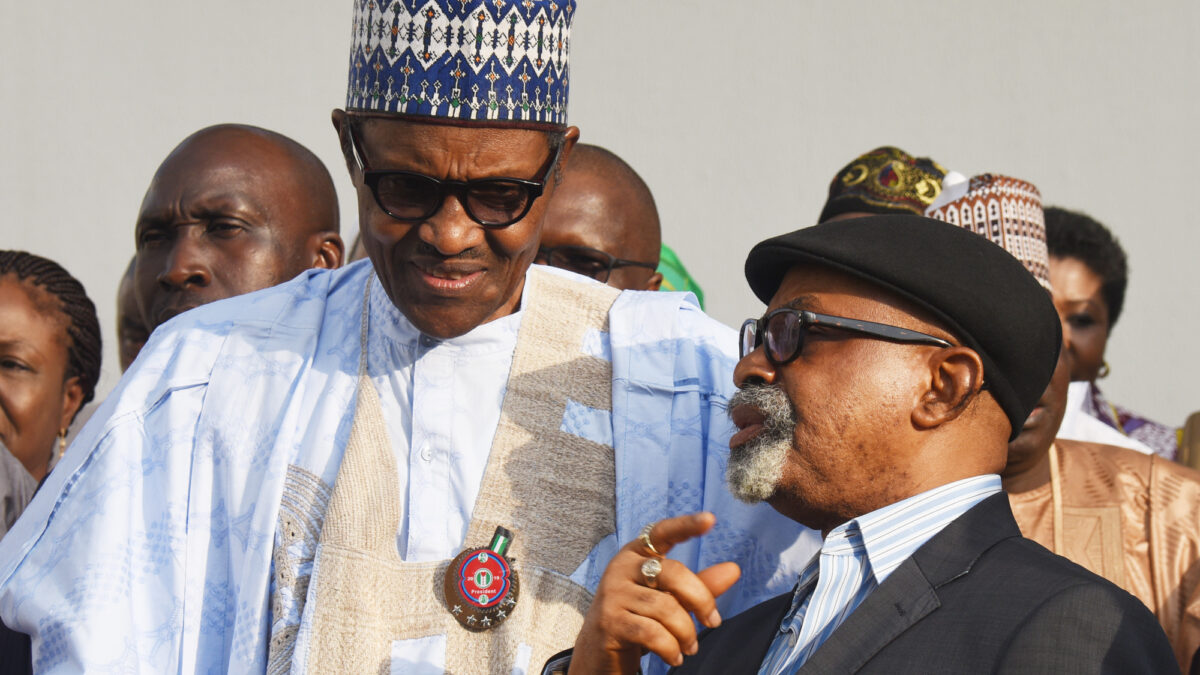 Pic President Muhammadu Buhari discussing with Minister of Labour and Employment, Sen Chris Ngige during the submission of the report of the Tripartite Committee on the National Minimium Wage at the Presidential Villa in Abuja on Tuesday (6/11/18) /6/11/2018/Callistus Ewelike/NAN
Health

Nothing may be considered comparable with the danger incurred by any health worker, according to the FG.

The federal government says it will make a final judgment on the proposed new health-care hazard allowance next week.

Chris Ngige, the Minister of Labour and Employment, revealed this during a meeting of the Presidential Committee on Salaries (PCS) with the leadership of the Nigeria Medical Association (NMA) and its affiliates in Abuja on Monday.

According to the Nigerian News Agency (NAN), the meeting discussed the hazard allowance, as well as the NMA’s position on the retention of MDCAN and MEDSABAM members on the CONMESS Salary Structure.

It also discussed the withdrawal of NYSC doctors and interns from the Scheme of Service, as well as a presentation by the Federal Ministry of Health and the Federation’s Office of the Head of Service on the upward revision of the retirement age for medical and health employees.

Despite the fact that the matter lasted nine months, Ngige stated the government maintained a strong relationship with the medical group.

He described the hazard allowance review as part of the government’s attempts to make individuals in the medical and health systems happy and confident in the field, hence reducing brain drain.

With all of the materials at their disposal, he claims that the administration has chosen to issue a stance within the next week in order to put the topic to rest.

“We have collected all the raw materials needed to do the work. You have been very supportive. You have given us your positions.

“The Joint Health Sector Unions (JOHESU) covering other professional unions in the health sector has done same and over time, we have had various associations written us at one time or the other, which is allowed in Collective Bargaining Agreements (CBAs).

“Even CBAs can be changed over time. What you people did is in consonance with the social dialogue on fixing wages and allowances.

“On the government side, we are giving you our commitment that this is the last meeting on this matter. After this meeting, the government will study the proposals and make our recommendations, which will go to Mr. President for final approval,” he said.

The minister reaffirmed the government’s prior view that the current hazard allowance of N5,000 was not intended by anybody and was meaningless for persons working in dangerous environments, such as health professionals.

Ngige went on to say that nothing could be considered comparable with the risk incurred by any health worker because the individual had chosen the field, and that while all occupations in the health sector had dangers to varying degrees, a risk is still a risk.

As a result, he observed that no amount of money could be provided to match exposure to danger while treating a patient with a highly contagious disease like Ebola, COVID-19, Lassa fever, and the like.

“We are putting a review of the hazard allowance and also vigorously pursuing the issue of Group Life Insurance. Besides.

“There is compensation for injuries sustained by any worker in the course of work through the Employee Compensation Act, ECA, handled by the Nigeria Social Insurance Trust Fund (NSITF).

“We intend in the 2022 fiscal year to make it a very universal item or application for all classes of workers including health workers,” he said.

Dr. Innocent Ujah, President of the NMA, responded by stating that they made mistakes at the outset of the conversation on hazard allowances, but that they had been remedied, and that he was pleased that things were moving ahead.

Ujah stated that even though the situation had dragged on for far too long, they would not mind if the outcome was favorable at the end of the day.

“The issue of brain drain has become an albatross on their neck, which if not quickly contained, the country would be sitting on a time bomb.

“Very soon we will be faced with the stark reality of not having competent hands to manage our cases and we are exporting our best to those who would not probably need them as much as we do.

“It is on record that Nigerian doctors are very well trained. Anywhere we go, not only are we well received, we do the best we can to project the image of Nigeria.

“We also earn foreign exchange. But what is the value of money when people will die because we did not stay to look after our people. We need to produce for our people first before we produce for others,” he said.