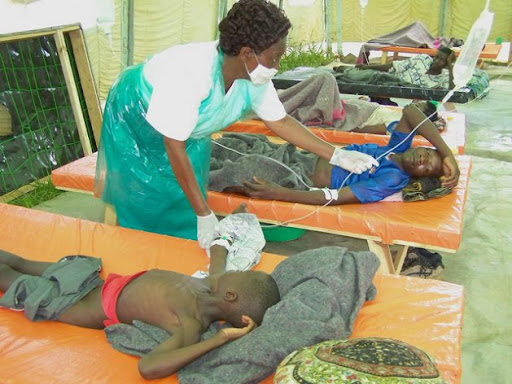 Since the beginning of 2021, cholera has claimed the lives of 2, 791 people in 28 states and the Federal Capital Territory, according to the Nigeria Centre for Disease Control (NCDC).

Dr Chikwe Ihekweazu, the Director-General of the National Center for Disease Control and Prevention (NCDC), told the News Agency of Nigeria (NAN) on Wednesday in Abuja that a total of 81,413 suspected cases were registered over a nine-month period.

“Of the suspected cases since the beginning of the year, age group 5–14 years is the most affected age group for male and female,” he added.

According to the NCDC’s director, 50% of the suspected cases were men and 50% were females.

The national multi-sectoral EOC, which was activated at level 02, continues to coordinate the national response, according to Ihekweazu.

Cholera is a water-borne illness, according to NAN, and the risk of transmission is increased in areas with inadequate sanitation and a lack of clean water.

The safety of water used for drinking and personal use is jeopardized by improper waste disposal and behaviors such as open defecation.

These factors contributed to the development of water-borne illnesses like cholera, and Nigeria remained at danger of cholera cases and fatalities without appropriate Water Sanitation and Hygiene (WASH).

D'Banj's New Album "Stress Free (Chapter 1)" Is Out Now, With Visuals From Seun Kuti And Egypt '80