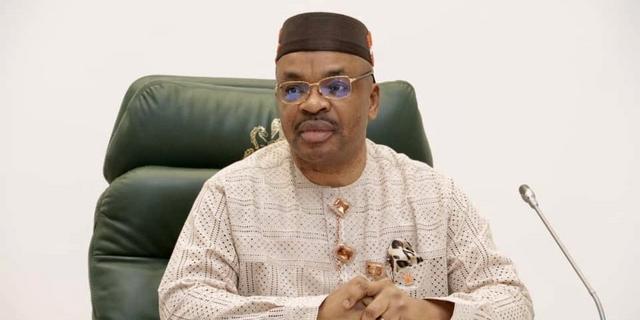 Umoh revealed the revelation to reporters in Uyo on Sunday, after the Inspection Team locked certain laboratories.

He stated that the crackdown is in accordance with the State Executive Council’s mandate over substandard services provided by medical laboratory operators in the state.

Others included a lack of a Test Result Book at the Laboratories, a lack of a Laboratory Register, a lack of personal operating licenses for Laboratory Technicians, and unethical behaviors that jeopardized medical diagnosis of illnesses.

“I have received a number of complaints with regards to medical laboratory facilities and practice and this is an attempt to correct some of this abnormalities.

“As a matter of fact, the state Executive Council has also received many of these reports and also directed that this exercise be carried out.

“So our intention is to use this exercise to give further directive to the practice of laboratory services for effective service delivery in the state,” Umoh said.

Umoh added that surveillance of Medical Laboratories would be expanded to other regions of the state, including the Ikot Ekpene, Abak, Eket, and Oron Local Government Areas axis, to check quack Laboratories in the state.

“We are going out on monitoring to make sure that Laboratory facility services in the state are in conformity with what is expected to the extent that the practices are at least of the best practices.

“We have started with medical Laboratories in Uyo metropolis but we would certainly extend it to all nooks and crannies of the state,” the Health Commissioner said.

Dr. Augustine Udoh, the Head of the Monitoring/Inspection Team, stated that the lack of accuracy in medical laboratory tests offered to patients resulted in poor medical diagnosis.

According to Udoh, such medical diagnoses resulting from faulty laboratory equipment might lead to Medical Doctors administering the wrong medications for numerous conditions.

He said that one of the Laboratories he visited was employing a student on Industrial Training to work and provide test results instead of a Certified Laboratory Scientist, and that others impersonated prominent names of Laboratory Scientists in the state to deceive members of the public.

“The clampdown on fake laboratories in the state would continue in the new year till we reposition their services, achieve health for all in completion agenda of Gov. Udom Emmanuel,” he said.

He said that those laboratories that had been closed would only be restored if their owners met all of the criteria imposed by the state Ministry of Health, including the employment of qualified technical employees in their laboratory facilities.

'After Ever Happy' Teaser Shows More Drama For Tessa and Hardin