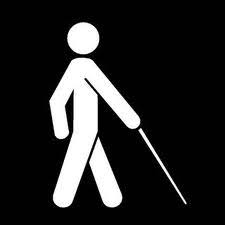 According to the biggest surveys ever conducted for an infectious disease, 137 million individuals worldwide are still at risk of trachoma.

Since the surveys began in 2012, one individual has been tested for trachoma every 26 seconds, according to the study organizers, Sightsavers.

According to the organization, 2.2 billion individuals worldwide have a visual impairment, with at least one billion having a vision impairment or blindness that might have been avoided or that has yet to be addressed.

“Poorer countries and marginalized populations bear the brunt of this burden. According to the worldwide organization, “projections suggest that global demand for eye care is expected to rise in the future years.”

Sierra Leone became the 50th nation to be assessed for trachoma, a painful and possibly blinding but treatable neglected tropical illness, this summer.

The Global Trachoma Mapping Project was the start of the survey series, which eventually evolved into the Tropical Data Collaboration.

Since 2012, health professionals have been visiting door-to-door, frequently in rural and challenging locations, examining people’s eyes for trachoma and documenting the results on their phones. This ensures that health ministry personnel have access to the timely, accurate data they require in the fight to cure and eradicate the illness.

“My nation is on the verge of eradicating trachoma,” says Nancy Smart, Sightsavers’ Sierra Leone Director. “It’s safe to say that the number of cases is quite low. The 50th Tropical Data Survey will inform us if we need to continue treatment or if the government is ready to submit proof of elimination to the World Health Organization for validation.”

Since the series of surveys began in 2012, over 10 million people have had their eyes examined for trachoma. Despite the interruption of COVID-19, one individual gets checked for trachoma every 26 seconds on average.

The information provided by the surveys is critical in the effort to eradicate the illness, since it aids governments and health professionals in locating people who still require treatment, even if they reside in distant locations.

Since its inception, Tropical Data has revealed that mass drug administration should be begun or sustained in over 580 districts, that it might be discontinued in over 650 districts, and that elimination has been accomplished in over 450 districts throughout the nations studied.

According to the report, 137 million individuals worldwide are at risk of contracting trachoma, and the work in Sierra Leone illustrates both the obstacles and the necessity of the surveys.

Some of the final locations being investigated include those along the Guinean border, where Tropical Data has conducted surveys and where trachoma is a public health issue. Illnesses have little respect for international borders, and the movement of people between countries makes them some of the most difficult areas to monitor and treat diseases. It is the job of the health personnel to locate and inspect everyone so that no one is left behind.

The Tropical Data partnership has been in place since 2016, and it was founded on the Global Trachoma Mapping Project, which operated from 2012 to 2016. It’s a partnership between Sightsavers, the International Trachoma Initiative, the London School of Hygiene & Tropical Medicine, and RTI International, with funding from USAID’s Act to End Neglected Tropical Diseases East program and the World Health Organization.

2023: Allow Police To Regulate Your Rallies, IGP Pleads With Politicians